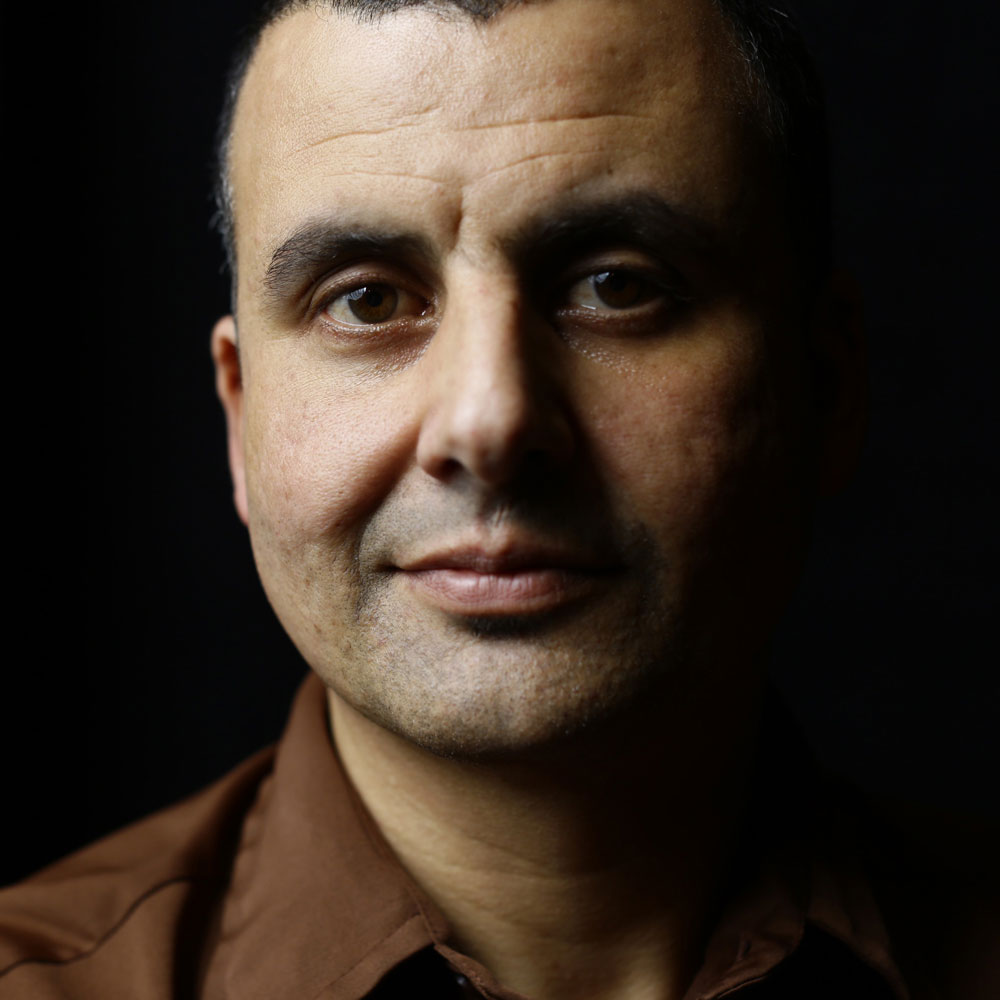 November 6, 2017 – OTTAWA (Canada) – Playwright Marcus Youssef has been named the 2017 recipient of the Siminovitch Prize, Canada’s most prestigious prize in Theatre. This year marks the 17th year of the Prize, which was celebrated at a ceremony today in the Fourth Stage of the National Arts Centre, hosted by Paul Sun-Hyung Lee and Anne-Marie Cadieux. The award of $100,000 is the largest theatre prize in Canada. Mr. Youssef will receive $75,000 and Christine Quintana, whom he has chosen as his protégée, will receive $25,000.

“The jury was thrilled by the quality of the vast majority of this year’s nominations,” said Jury Chair Bob White. “The final deliberations were intense, but in awarding the Prize to Marcus Youssef, we were absolutely delighted to be able to celebrate a mid-career artist whose work was already of the highest calibre and was, in fact, changing the face of Canadian theatre.”

Marcus Youssef has written and co-written some of Canada’s best-known theatrical investigations of otherness and difference, including Winners and Losers, King Arthur’s Night (which recently played at the NAC as part of the Canada Scene Festival), Leftovers, How Has My Love Affected You?, Ali & Ali, Chloe’s Choice, Everyone, Adrift, Peter Panties, Jabber and A Line in the Sand. His works have been performed across North America, Australia and Europe, and published by Talonbooks and Playwrights Canada Press. Awards: Canada Council Lynch-Staunton Award, Rio-Tinto Alcan Performing Arts Award, Chalmers Award, Arts Club Silver Commission, Vancouver Critics’ Choice (three times), a Governor General’s Literary nomination, and numerous Jessie Richardson Awards, Dora Mavor Moore Awards, Montreal English Theatre Awards and nominations. Marcus is Artistic Director of Vancouver’s Neworld Theatre, and co-founder of the artist-run production centre, PL1422. In 2016 and 2017 he was Senior Playwright-in-Residence at the Banff Playwrights Colony. Marcus is Editorial Advisor to Canadian Theatre Review, Canadian Fellow to the International Society for Performing Arts and Adjunct Professor of Creative Writing at the University of British Columbia.

“The Siminovitch Prize is an extraordinary commitment to Canadian theatre and theatre artists. There is simply no other award like it, in terms of prestige and also the practical difference it can make for nominees and winner. This is especially critical because it honours artists in midlife, when I think many of us begin to wonder about our choice to become artists in the first place and about what may happen to us and our families as we age. The Siminovitch Prize is a bold, powerful antidote to these pressures,” acknowledged Mr Youssef. “It honours the idea that it might make sense for us to dare to think it is legitimate to be working artists through our whole lives. This is the sign of a mature culture. As the tiny neighbours of the world’s dominant power, I believe we must be unafraid to mythologize ourselves, fiercely and unapologetically. This is precisely what the Siminovitch Prize permits us to do.”

This year, Mr Youssef selected Christine Quintana as protégée. Ms Quintana is an actor, playwright, and co-Artistic Producer of Vancouver based indie theatre company Delinquent Theatre.  Christine has worked in multiple capacities with the Arts Club Theatre Company, Ruby Slippers Theatre, Pi Theatre, Rumble Theatre, Electric Company Theatre, Neworld Theatre, Playwrights Theatre Centre, Carousel Theatre and Caravan Farm Theatre.  Christine’s plays include Selfie (commissioned by Théâtre la Seizième, premiered in March 2015, winner of the Sidney Risk Prize for Outstanding Script by an Emerging Playwright), Our Time and Stationary: A Recession-Era Musical (toured to Talk is Free Theatre and the Cultch in April 2015, winner of the Jessie Richardson Theatre Award for Outstanding Musical, Small Theatre) for which she also served as producer and performer. Currently, Christine is working on Never The Last, a collaboration with violinist Molly MacKinnon about the life and works of Canadian composer Sophie-Carmen Eckhardt-Gramatté. Christine is the Marketing & Operations Coordinator for Neworld Theatre, and the Program Assistant for the LEAP Program at the Arts Club. She holds a BFA in Acting from the University of British Columbia.

Describing her reaction to hearing she was chosen as Mr Youssef’s protégée, Ms Quintana stated, “I haven’t quite wrapped my brain around what it means to be a Siminovitch protégée, but I know this – I hope to repay the tremendous generosity I’ve received through my contributions to the arts community in Canada, both as a theatre artist and as a dedicated supporter of the nation’s artists.”

“This year’s finalists each exemplify the spirit of excellence and innovation that the Siminovitch Prize seeks to recognize. They are profoundly talented and we are proud to highlight their creativity and artistic contributions. Now in its 17th year, the Prize has been a catalyst to a generation of Canadian theatre artists,” said Dr. Kathy Siminovitch, Board Chair. “This year’s Prize goes to a playwright, which is particularly meaningful to our family as the Prize was established to honour both my father, Lou, and my late mother, Elinore, who was a pioneering playwright in her time. On behalf of my family and our Board of Directors, I congratulate all the finalists and thank the jury, TD Bank and all our supporters, as well as our partners at the National Arts Centre and Hart House at the University of Toronto, for their dedication to the spirit and intent of the Siminovitch Prize.”
This year marks the continuation of two successful partnerships for the Siminovitch Prize which began in 2016, firstly with the National Arts Centre, and secondly with TD Bank, supporter of the Protégé Prize. The NAC acts as a catalyst for performance, creation and learning across the country. Furthering the tradition of mentorship within the Prize, playwriting students from both the Anglophone and Francophone programs of the National Theatre School of Canada participated in workshops with the nominees prior to the ceremony on November 6, and then attended the ceremony itself.

Both the NAC’s English Theatre and French Theatre are led by Siminovitch Prize laureates – Jillian Keiley (2004) and Brigitte Haentjens (2007). In fact, since the Prize’s inception in 2001, works from all seventeen laureates have graced the national stage at the NAC.

Over a three-year cycle, the Siminovitch Prize celebrates a professional director, playwright or designer who is an acknowledged leader in the theatre and whose work is transformative and influential. The 2016 Prize was awarded to director Nadia Ross and protégées Sarah Conn and Shaista Latif. Past laureates include celebrated playwrights Olivier Choinière in 2014, Joan MacLeod in 2011, Daniel MacIvor in 2008, John Mighton in 2005 and Carole Fréchette in 2002.

The National Arts Centre is a home for Canada’s most creative artists. As the only bilingual, multi-disciplinary performing arts centre in the country and one of the largest in the world, the NAC presents more than 1,000 performances a year in music, dance, theatre, and contemporary music. Operating under the banner, “Canada is our stage,” the NAC works with artists and arts organizations across the country to create a national stage for the performing arts. The NAC is home to a unique combination of national theatre companies: NAC English Theatre, NAC French Theatre, and the soon-to-debut NAC Indigenous Theatre.

Copyright 2021 - All Rights Reserved. Developed by BFdesign Inc.
Back To Top
×
Search