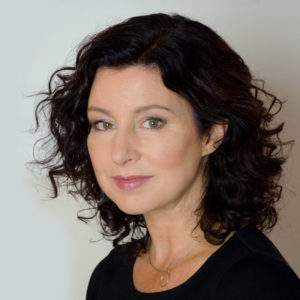 November 5, 2018 – OTTAWA (Canada) –Video and Set Designer Stéphanie Jasminhas been named the 2018 recipient of the Siminovitch Prize, Canada’s most prestigious prize in Theatre. This year marks the 18thyear of the Prize, which was celebrated at a ceremony in the Fourth Stage of the National Arts Centre, hosted by Tomson Highway. The award of $100,000 is the largest theatre prize in Canada. She will receive $75,000 and Max-Otto Fauteux,whom she has chosen as her protégé, will receive $25,000.

StéphanieJasmin was one of four talented designers on this year’s shortlist, which also included Itai Erdal, Camellia Koo andAlexander MacSween.

“Stéphanie Jasmin’s work in the field of video, multimedia, and set design is heart-stopping. The jury spoke of the frisson, the shiver that they felt when encountering her work. Perhaps what struck them most is how her beautiful and highly original visions reveal deeper aspects of the story, the text, or the subject, aspects that otherwise might have passed unseen,”said Jury Chair Vanessa Porteous. “Her work is poetic, even abstract. It is at the cutting edge of technological innovation. But it is as far from being cerebral as it is from being decorative or imposed. A consummate artist of the theatre, she brings us into an emotional dimension deeper than reality. It is not too much to say that she has invented her own scenic languages. And she still has so much more to reveal. We wait, breath held, for what comes next.”

Stéphanie Jasmin
UBU Co-artistic director Stéphanie Jasmin has a degree from the École du Louvre in Paris, with a specialty in contemporary art and a BA in filmmaking from Concordia University in Montreal. Since joining UBU in 2000, she has contributed her knowledge of visual arts and her command of the language of video and film to director Denis Marleau’s ongoing exploration of new technologies. In addition to acting as artistic collaborator and co-director for UBU, she has designed the video for more than 30 UBU productions and designed the sets for more than half of them. Her stage work has been seen on many stages in Montreal (especially Théâtre Espace GO with which UBU is associated) and in Europe (Festival d’Avignon; Comédie-Française, Paris; Manège de Mons; deSingel, Antwerp; and Grand Théâtre de Genève, Geneva). She has written and directed two plays (Ombres and Les Marguerite(s)) and a number of specialized texts on theatre and the visual arts. Since 2005, she has also been working as a dramaturg with several Quebec women choreographers. She regularly hosts creative workshops in Montreal and Europe.

“For me, creation is a space for shared awareness and exploration that constantly drives us to come up with imagined solutions and forms. It is with emotion, humility and gratitude that I accept the Siminovitch Prize,” acknowledged Stéphanie Jasmin. “At this stage in my career, it amounts to incalculable recognition and a phenomenal incentive for me to continue to explore and develop stage imagery in even greater depth, and the countless ways in which it meaningfully mirrors the world.”

This year, Stéphanie Jasmin selected Max-Otto Fauteux as protégé. Mr. Fauteux is a graduate of the National Theatre School of Canada’s Set and Costume Design program, class of 2010. Immediately upon graduation, Max-Otto began working with several leading lights of Montreal’s theatre scene. His sets have appeared in many productions in Quebec and across Canada, as well as in France and Belgium. On other fronts, he has effectively used his visual approach in joint creations with visual artists, musicians, choreographers and architects, and on screen as an art director. From the very beginning of his career, Max-Otto has aspired to work with creators who are particularly interested in contemporary and avant-garde projects and ideas.

Describing his reaction to hearing he had been chosen as Stéphanie Jasmin’s protégé, Mr Fauteux reflected, “In this profession that chose us, I find nothing more stimulating than the trust of someone who understands. Thank you, Stéphanie.”

This year marks the continuation of a successful partnership which began in 2016 between the Siminovitch Prize and the National Arts Centre. The NAC acts as a catalyst for performance, creation and learning across the country. The Siminovitch Prize of $100,000 is Canada’s largest national theatre award. Rotating over a three-year cycle, it honours professional directors, playwrights and designers. The Prize recognizes exceptional theatre artists at mid-career and also encourages emerging talent by highlighting the importance of mentorship. The Siminovitch Prize Foundation is proud to have expanded its original mandate, and since 2016 has awarded $5,000 to each of the finalists.TD Bank continues its partnership with the Siminovitch Prize by sponsoring the Protégé Prize.

“The Siminovitch Prize was created to spotlight and reward excellence in the theatre arts. Each year the Prize is awarded to an exceptional artist whose body of work is considered transformative and inspirational.  By providing recognition and resources at the mid-career stage, the Prize allows the recipients the freedom to deepen their practice and thereby enrich the world of theatre for all Canadians,”said Dr. Kathy Siminovitch, Board Chair. “We are delighted by the selection of the brilliant theatre designer Stéphanie Jasmin as the laureate for this year’s award. Her work exemplifies the imagination and audacity that the Siminovitch Prize aims to illuminate and nurture.”

Both the NAC’s English Theatre and French Theatre are led by Siminovitch Prize laureates – Jillian Keiley (2004) and Brigitte Haentjens (2007). In fact, since the Prize’s inception in 2001, works from all 17 laureates have graced the national stage at the NAC.

As noted above, over a three-year cycle, the Siminovitch Prize celebrates a professional director, playwright or designer who is an acknowledged leader in the theatre and whose work is transformative and influential. The 2017 Prize was awarded to playwright Marcus Youssef and protégée Christine Quintana. Past laureates include celebrated designers Anick La Bissonnière in 2015, Robert Thomson in 2012, Ronnie Burkett in 2009, Dany Lyne in 2006 and Louise Campeau in 2003.

The National Arts Centre is a home for Canada’s most creative artists. As the only bilingual, multi-disciplinary performing arts centre in the country and one of the largest in the world, the NAC presents more than 1,000 performances a year in music, dance, theatre and contemporary music. Operating under the banner, “Canada is our stage,” the NAC works with artists and arts organizations across the country to create a national stage for the performing arts. The NAC is home to a unique combination of national theatre companies: NAC English Theatre, NAC French Theatre and NAC Indigenous Theatre.